You're using an old browser, time to update.
Edge, Firefox, Chrome, or Safari.

The Ontario Science Centre approached us with an idea for their membership campaign. This campaign consisted of two parts; Direct mail and an email campaign.

The first was a direct mail piece. The idea behind the direct mail piece was that, the planet family was sending their friends/family a postcard talking about how great their visit was to the Ontario Science Centre and informing them of the membership pricing. The front of the postcard included a portrait of the planet family with custom prop illustrations incorporated in my design. 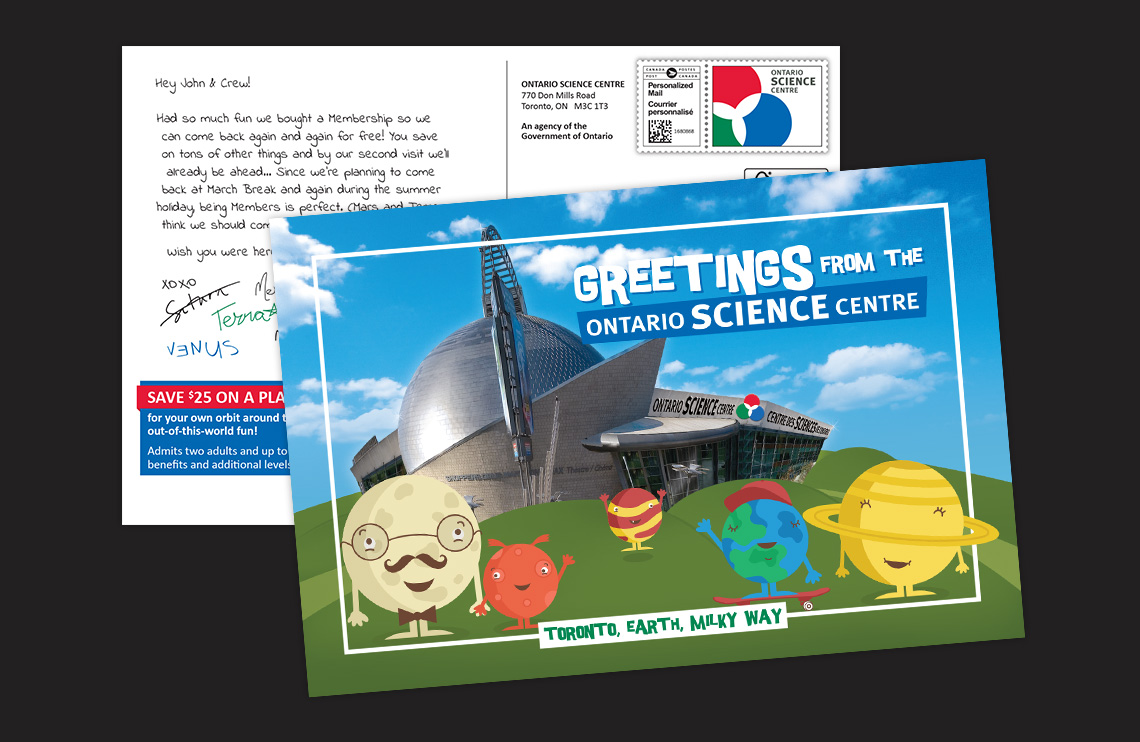 The second piece was an email campaign that had four separate deployments. The idea behind this piece was to create a social media platform for the planets to communicate on. These graphics that were created were the header to the email that was sent out. The Spacebook logo and interface was designed by myself, as well as custom illustration props to accompany each planet to match the message they were posting on their Spacebook. 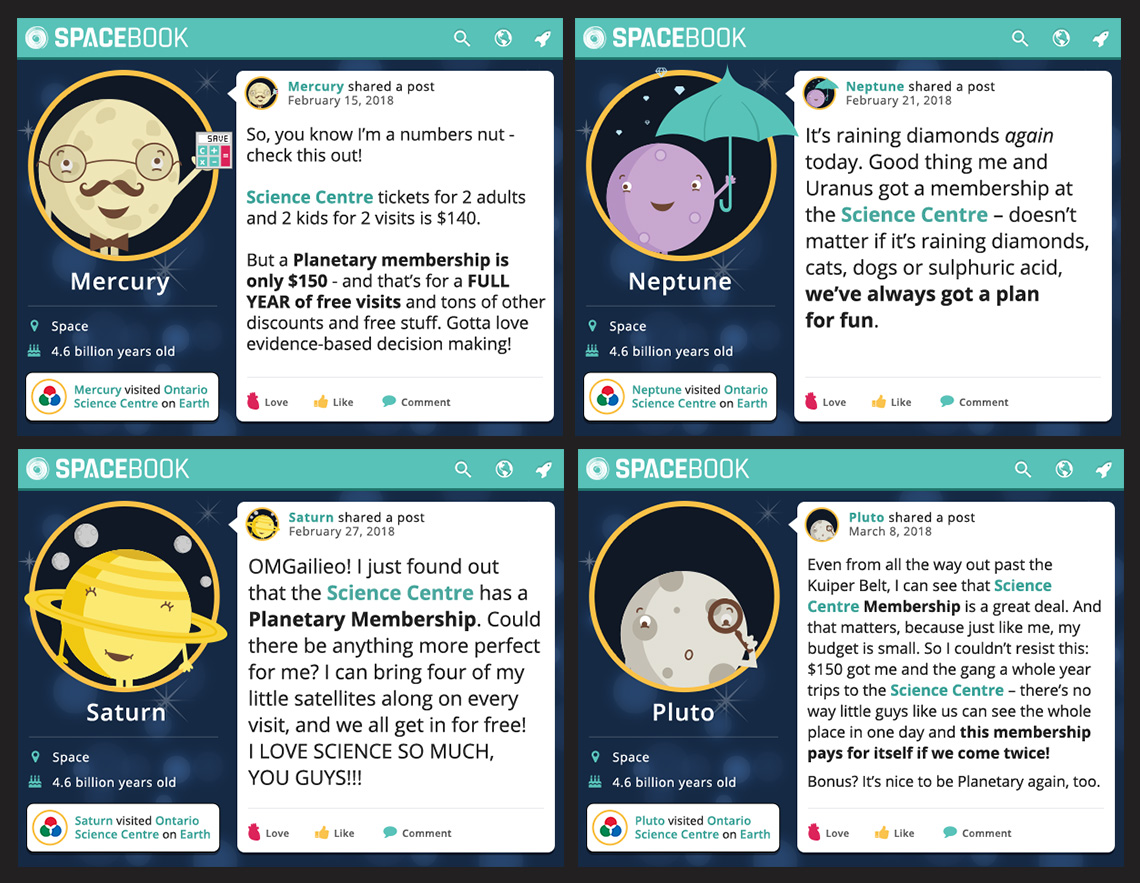